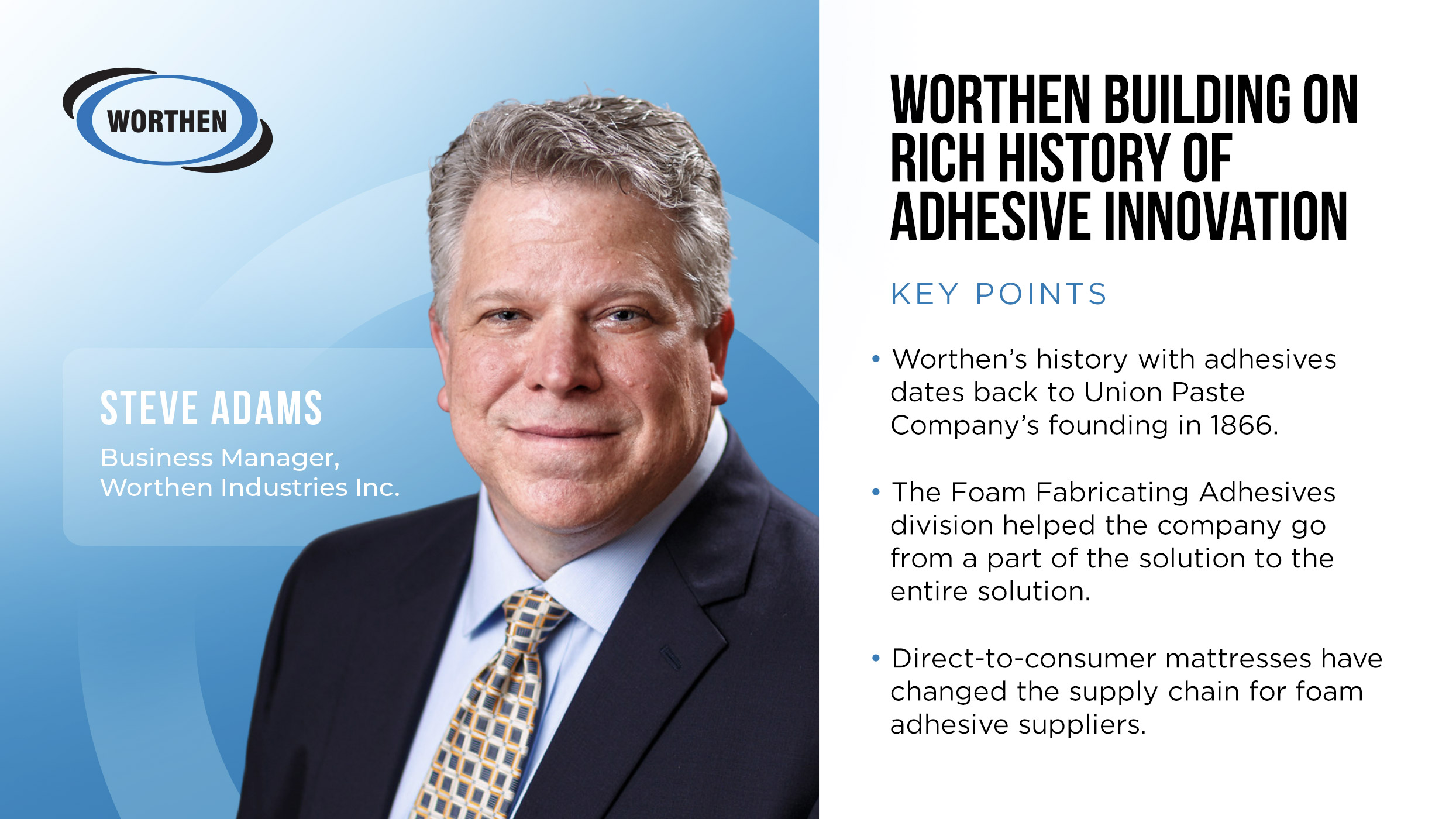 Innovation is always hard. Keeping on the forefront of the industry is even harder when you can trace your origin back to 1866.

That’s exactly the case with the Upaco Adhesives division of Worthen Industries, which has its origins in the Union Paste Company that launched in the 19th century.

Steve Adams, Business Manager for the Foam Fabricating Adhesives group at Worthen Industries, said going above and beyond simply being an adhesive formulation company has allowed Worthen to provide something different.

“I think what we did that was different is that we took control of the whole process. We became a partner for our customers in that not only did we develop the adhesive products, but we helped them with how to apply the adhesive, we recommended equipment, [and], sometimes we helped them design equipment,” he said. “We became the whole adhesive solution. We became the experts in that part of their process where they literally did not need to know much about this segment of the process. We could do everything for them.”

That adaptability has served Adams and his group well as the mattress industry in particular has changed, with consumers much more likely to order a mattress in a box the size of a mini-fridge that inflates upon opening than going to a traditional retail outlet.

“We have been at the forefront of solving any of the adhesive issues that come about in the change of the process, for example they needed immediate drying adhesives,” he said. “Typically, you would laminate a mattress and want to store it for four hours to let the water completely dry before you package it. Well, now through our formulations as well as working with the equipment people that have upped their product offerings … we now have a solution where you can laminate a mattress and pack it immediately off line and ship it to a consumer.”

Pulling Back the Curtain on Worthen’s R&D Process

If you would like more information about our products send us a message or give us a call.